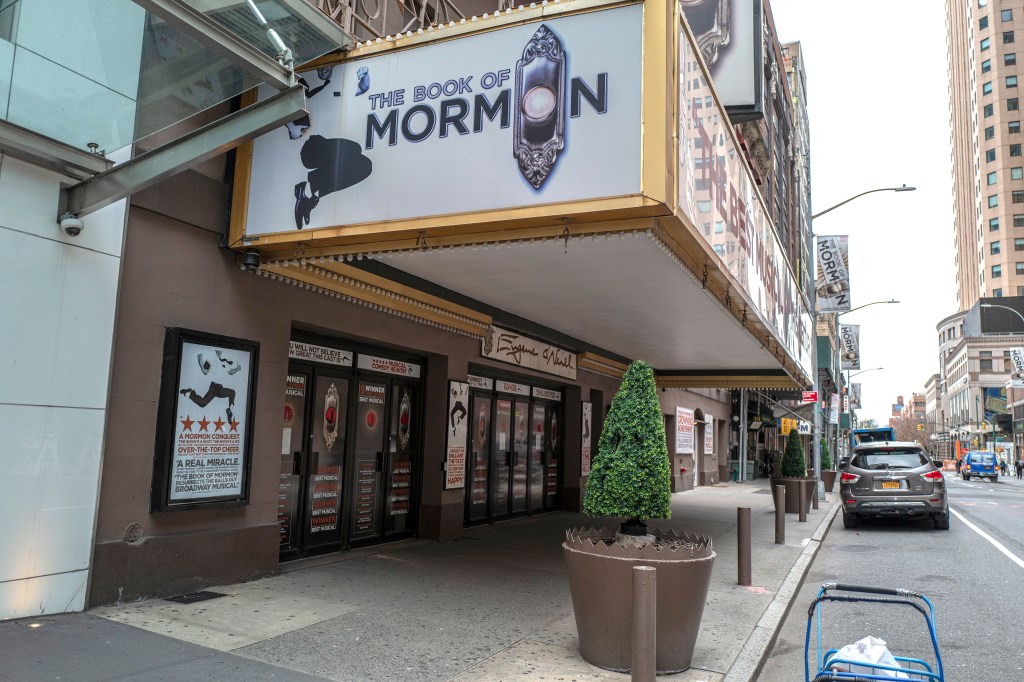 In yet another sign that Broadway is taking its pandemic shutdown pause to re-evaluate itself, Jujamcyn Theaters said Friday that it had entered into a multi-year partnership with ticketing platform SeatGeek, a move away from the theater owner’s use of Ticketmaster.

In announcing the new deal, Jujamcyn said that attendees at its five theaters “will enjoy a streamlined ticket-buying experience…”

“As our industry looks to emerge from this period of prolonged darkness, we are all deeply focused on safely bringing our community back to work and our audiences back to the particular kind of joy that only the live theater can deliver,” said Jordan Roth, president and owner of Jujamcyn Theaters. “For us, this means leaving no tool unused and no innovation untested in our never-ending mission to enrich the theatergoing experience from start to finish. It’s very gratifying to find in SeatGeek a partner as committed as we are to taking exceptional care of our patrons and show partners alike.”

Jujamcyn has used Ticketmaster since 2016, after switching from the Shubert Organization-owned Telecharge. With Jujamcyn’s SeatGeek deal, only the Nederlander Organization remains among the three major Broadway theater owners using Ticketmaster.

In its announcement, Jujamcyn said that SeatGeek’s ticketing platform “allows for a bespoke theater ticketing solution” that allows patrons to browse shows, compare listings and find a ticket within their exact specifications.

“Once they have purchased, patrons will have customized best-in-class mobile tickets for each particular show, allowing guests to order concessions, purchase an upgraded experience, or read more details about the show directly from their ticket,” the statement reads. “With its industry-leading data and analytics tooling, SeatGeek makes it easy for Jujamcyn and its shows to understand demand for tickets in real time, allowing for event management across hundreds of performances.”

The mobile-focused ticket platform enables fans to buy and sell tickets for sports, concert, and theater events, and utilizes a proprietary technology called Deal Score that helps users to identify the best ticket values for a given event. SeatGeek Enterprise – the company’s primary ticketing platform – is used by teams, venues and performers throughout the world. The eleven-year-old company is headquartered in New York, with international offices in the UK, Israel, and Italy.

Jujamcyn says that features and services provided by SeatGeek has developed a suite of tools during the pandemic called SeatGeek Adapt already in use by clients including the Dallas Cowboys and Cleveland Cavaliers.

The Jujamcyn-SeatGeek deal marks SeatGeek’s Broadway debut, though the company already has a presence in London’s West End. Since expanding its presence in primary ticketing about five years ago, SeatGeek has become a leading ticket service for British football and American soccer. The company recently added five partners across the NFL and NBA, and has ticketed hundreds of concerts, family events and more through its venue partnerships. Jujamcyn is SeatGeek’s first New York-based client.

“While most of SeatGeek’s current U.S.-based clients are in the sports space, we’ve long been a leading ticketer in London’s West End. We’re excited to bring SeatGeek’s patron-first ticketing to attendees as Broadway reopens,” said SeatGeek co-founder Russ D’Souza. “I can’t wait to hop on the subway and head a few stops uptown to take in a show alongside our new partners.”