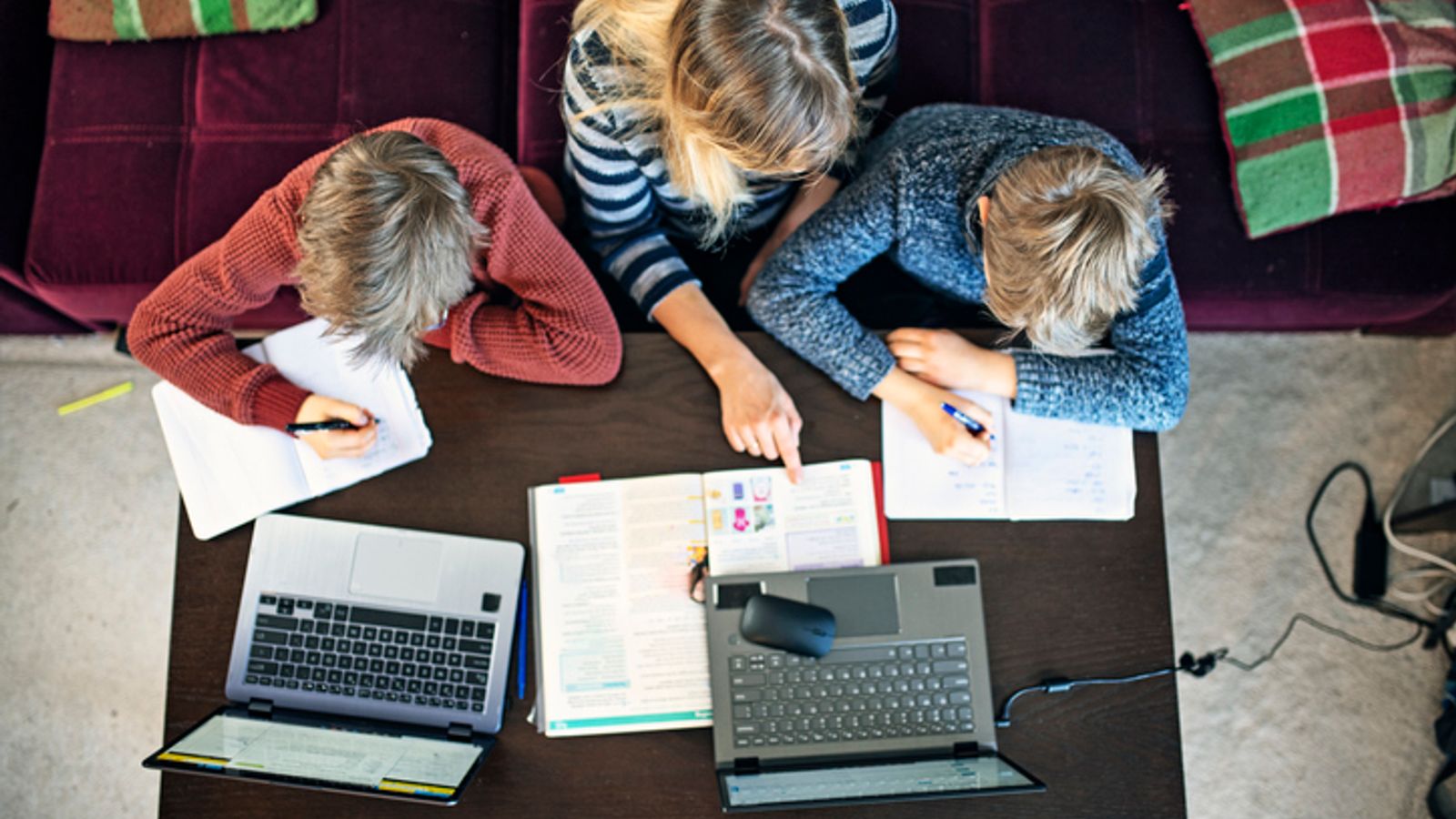 Boris Johnson says he is “in awe” at the way parents have been been looking after their children during the pandemic.

In an open letter, the prime minister says the COVID crisis has been “tough for all of us” but has “brought out the very best in a great many people”.

“I’m particularly in awe of the way the parents, carers and guardians of children have risen to the unique challenges with which you have been faced,” the PM says.

“Whether you’ve been welcoming a baby into the world without all the usual support networks… or steering a teenager through the emotional stresses and strains of these unprecedented times, you have been dealt the trickiest of hands yet played it magnificently.”

Mr Johnson also paid tribute to people balancing home-schooling with their day jobs and “meeting all the other demands that small people generate from breakfast until bedtime”.

Millions of people are currently educating children at home as lockdown means schools are shut to the vast majority of pupils.

The PM writes that he joined a virtual year 6 lesson and it was “obvious just how much effort the mums and dads at home were putting in” – as well as the teacher.

The Duchess of Cambridge this week admitted she was “exhausted” by the challenges of home-schooling.

Mr Johnson has been under increasing pressure from teachers and parents to give more clarity on when schools may be able to reopen.

He said on Wednesday that it would be from 8 March in England at the earliest, but would depend on getting “lots of things going right”.

Wales’ schools could start a phased reopening earlier – after the February half-term – if infection rates continue to improve.

“We’re doing everything we can to support you,” Mr Johnson tells parents in his letter.

He says 876,000 laptops have been sent to schools so children can learn online, and that the government has “committed to free school meals… to everyone who needs them for as long as children are at home”.

Mr Johnson tells parents they are “doing great for your own kids, and… for the whole country too”.

“You are buying time for our army of vaccinators to protect the vulnerable,” he adds.

“You are paving the way back to normality and you are, quite literally, saving lives. And for that I cannot thank you enough.”

Over three nights, Sky News will host a series of special programmes examining the UK’s response to the pandemic.

Wednesday Addams Makeup Is Trending On TikTok – Here’s How To Do It
Elon Musk shows off updates to his brain chips and says he’s going to install one in himself when they are ready
Amazon media chief Jeff Blackburn retires from the company for the second time
‘Fash’: Justin & John Fashanu Biopic Set At ITV From BAFTA Nominee Kwame Kwei-Armah
Florence Pugh in Valentino at the British Fashion Awards 2022