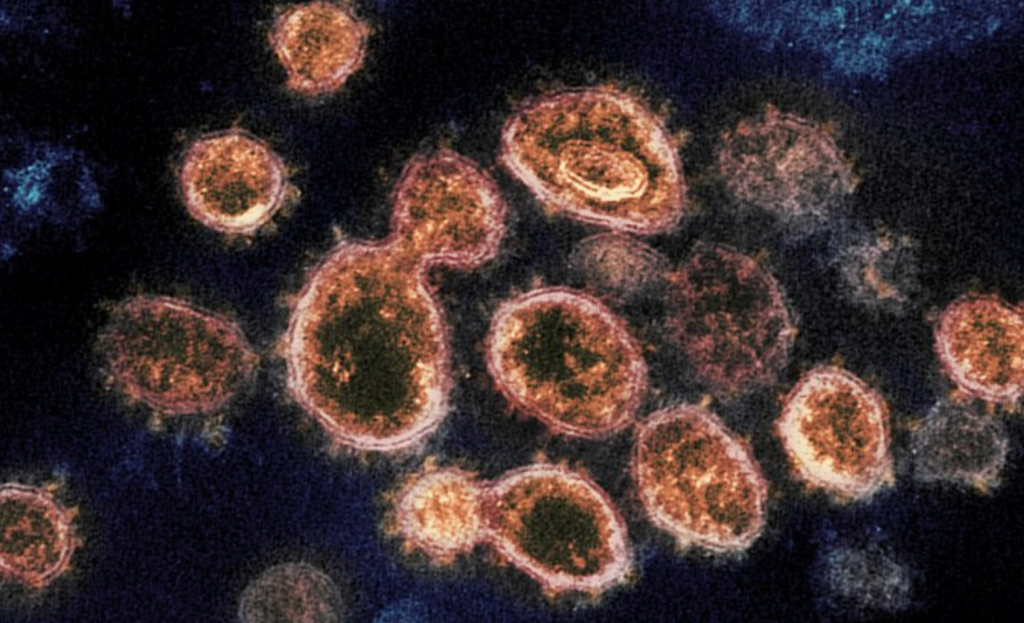 “The projection is that at the very end of March, early April,” said Dr. Anthony Fauci, the more contagious UK variant of Covid-19 “will become more dominant than the wild type.

“The fact is that when you have a virus that has ability to transmit more efficiently than the wild type in the community, sooner or later by pure viral dynamics itself it will become more dominant than the wild type,” the nation’s top infectious disease expert said in a briefing with other health officials on Friday.

“This is a wake-up call to all of us,” warned Fauci.

“We will continue to see the evolution of mutants. So that means we, as a government, the companies, all of us that are in this together, will have to be nimble to be able to just adjust readily to make versions of the vaccine that actually are specifically directed towards whatever mutation is actually traveling at any given time,” said Fauci.

Two weeks ago, the Los Angeles Public Health Department announced that the much-talked-about UK variant of Covid-19, known as B.1.1.7, had been identified in the region. B.1.1.7 is thought to be up to 50% more transmissible than the more widely-spread form of the virus. The number of LA residents infected with the UK variant was thought to still be small, but since the number of daily analyses of test samples for new variants is also small, it’s very hard to know how commonplace they are. That’s a problem.

Then, last week, the California Department of Public Health revealed that another lesser-known strain had been circulating in the state as well.

Dubbed CAL.20C, the variant is thought to have arisen in the state in July, but only began spreading significantly in November.

According to the New York Times, CAL.20C was found in over half the California test samples genomically analyzed in mid-January. The number of those samples analyzed, it should be noted, is vastly smaller than the total number of daily Covid-19 tests in the state. Therein lies another problem.

As California lays out billions of dollars to fight the virus and rightfully spends much of that on vaccine distribution, it’s spending precious little to identify new variants.

At the beginning of January, the state had administered over 30 million Covid-19 tests. Of those tens of millions, only about 7,000 had been analyzed genomically, according to the San Jose Mercury News. It should be said that the nation as a whole is woefully behind is such analyses. But California — and specifically Los Angeles — is the worldwide epicenter of the pandemic. The need here is more acute.

Eric Vail, the director of molecular pathology at Cedars-Sinai, told the Times that CAL.20C may have played a part in the surge in cases that overwhelmed Southern California’s hospitals earlier this month. “I’m decently confident that this is a more infectious strain of the virus,” said Dr. Vail.

But Los Angeles County is only genomically analyzing a few dozen test specimens each day, so it’s hard to know. That’s out of an average 81,000 tests a day. (Health officials DO say that they’re flagging the most suspicious samples for genomic examination.)

Asked by Deadline about that disparity on Friday, L.A. County’s Chief Science Officer Dr. Paul Simon admitted, “We don’t really have a sense of the prevalence [of new strains], but we don’t think it’s high. As we expand, we hope to have a better idea. I think we’re doing everything to test as many as we can, but there’s no new infusion of resources.”

Per the Mercury News:

Sequencing is expensive. It requires manpower. It takes time. And it diverts attention away from more pressing public health needs.

Unlike the UK, whose national strategy of so-called “genomic surveillance” is managed by a handful of big labs, the U.S. effort falls on the weary shoulders of many state and local health departments, which are already stressed by the pandemic. There’s no federal funding for a coordinated and real-time effort. And because our healthcare system is fragmented, there’s no single pipeline that would deliver all positive specimens for sequencing.

To be fair, LA Mayor Eric Garcetti and California Governor Gavin Newsom have repeatedly said they need more help from the federal government, and both are hopeful that it will be forthcoming from the Biden Administration.

In the meantime, the pandemic grinds on. Numbers in Los Angeles and California have dipped considerably from their early January peak, but deaths remain near all-time highs. In the last three days alone, California has recorded over 2,000 virus-related deaths.

“The [variant] that is of greater concern and that really could be problematic is the mutant that is now dominant in South Africa,” Fauci said on Thursday. “We’re already planning and implementing, making a modified version of the vaccine, that would ultimately be able to be directed specifically against the South African isolate, which is the most problematic of them all,” he said.

The South African variant, called B.1.351, emerged in early October. B.1.351 shares some mutations with B.1.1.7. Cases caused by this variant were reported for the first time in the U.S. on Thursday.

The CDC reports the South African and another Brazilian variant “seem to spread more easily and quickly than other variants. They also may be less vulnerable to to the effects of antibody drugs or antibody-rich blood drawn from Covid-19 survivors, both of which help combat the virus. The Washington Post reported on Friday that B.1.351 also seems less impacted by the one-shot vaccine in development from Johnson & Johnson.

Fauci said vaccinating “as many people as we can, as quickly as we can,” is the best defense against new variants.

“The virus will continue to mutate and will mutate for its own selective advantage,” he said. If Covid-19 is prevalent in a community, it is only a matter of time before the virus mutates as it is given ample “opportunity to adapt.”

“The fundamental principle of getting people vaccinated as quickly and as efficiently as you possibly can will always be the best way to prevent the further evolution of any mutant. Because when you do that you prevent replication, and replication is essential for mutation.”