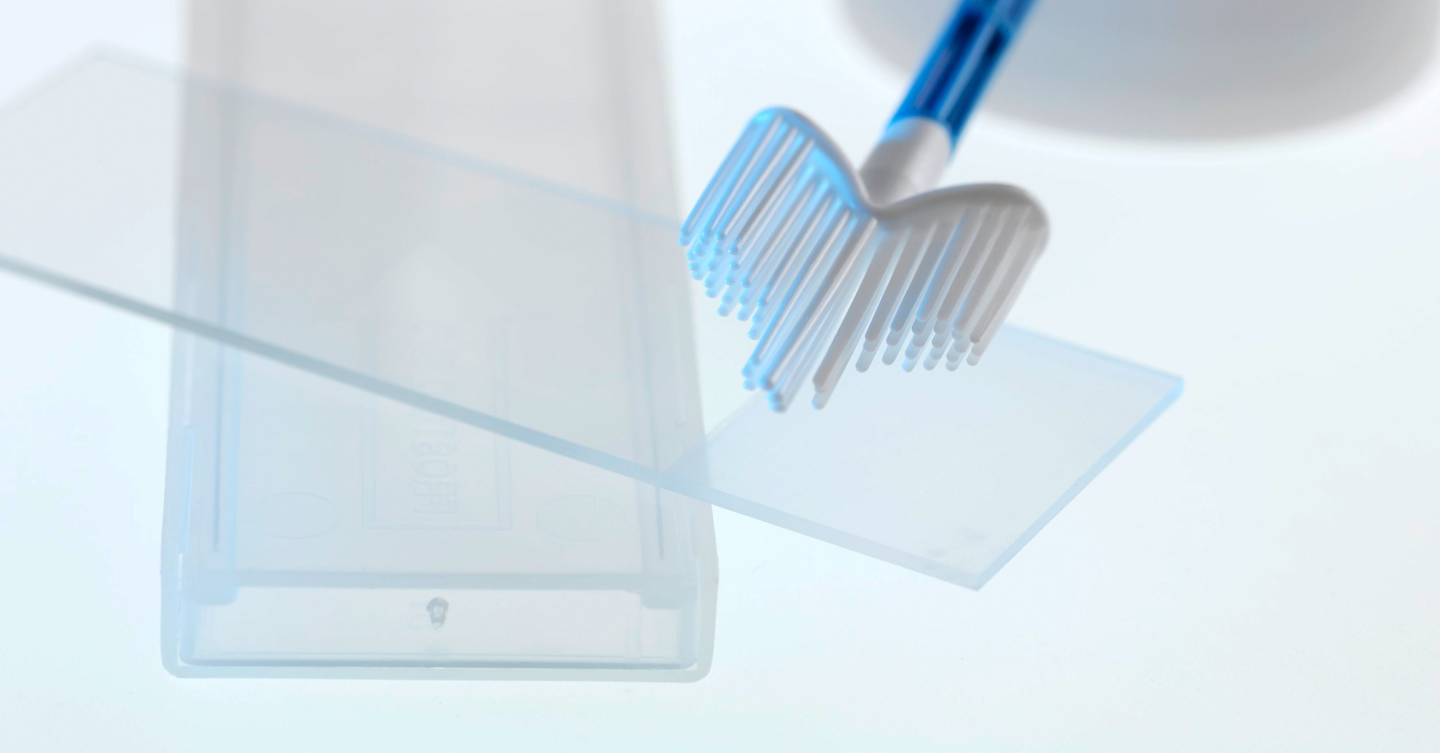 When a new initiative in HPV testing was launched this week, it was perhaps optimistic to hope that a man announcing it to his 400,000 Twitter followers might actually call it the right thing. But that was clearly too much to expect from our health secretary, Matt Hancock.

Hancock tweeted on 24 February that “Over 31,000 women will be offered kits to carry out smear tests in the privacy & convenience of their own homes in a trial. Cervical screening is life-saving, so this is a great step forward.”

However, as many people commented, what he should have said was “HPV self-testing”, not a “smear test”. The former involves using a long cotton bud to swab your vagina for HPV (the very common virus that causes 99.7% of cervical cancers), whereas a cervical screening involves a speculum being inserted into your vagina and a small sample of cells being taken from your cervix with a brush to test for HPV and possible further analysis. One is a test you can do at home, the other is an assessment that can only be done by a medical practitioner.

“When I saw his tweet, my reaction was ‘Oh FSS’. Nobody is being offered kits to carry out smear tests at home because that would be physically impossible!” says cervical cancer campaigner Karen Hobbs, who was diagnosed with the disease six years ago when she was 24. “Developments in cancer prevention need to be communicated clearly and celebrated. If not, it leaves people confused and stressed. Seeing our health secretary tweet to his ENORMOUS following something completely inaccurate was exasperating.”

Thousands of others expressed equal outrage. But while it’s true that Twitter loves a pile-on, this wasn’t simply a matter of semantics. The conversation about HPV and cervical screening is a vital one – how we talk about it saves lives. Even before the pandemic, one in four women were not attending cervical screening when invited. This rises to one in three among young women, says the charity Jo’s Cervical Cancer Trust, which cites a backlog of 1.5 million screenings missed annually.

“Unfortunately, this reflects the falling trend in attendance over the last couple of decades, and we still do not know what the full impact of Covid will be on attendance or cervical cancer cases. But the true figure is likely to be even lower, and we are sadly likely to see a rise in diagnoses too,” says Kate Sanger, Head of Policy and Communications at Jo’s Cervical Cancer Trust.

Every day in the UK, nine women are diagnosed with cervical cancer, which is around 3,000 a year, and it is most common in women aged 30-34. More than two people a day die from it in the UK every year. “As well as preventing it from ever developing, early detection is vital in diagnosing cervical cancer at a stage where treatment can be less invasive and have fewer life-long implications,” adds Kate.

That’s why this new trial for HPV self-testing is a game-changer. The YouScreen trial, run by NHS England, Public Health England and King’s College London, will give out home tests in five London boroughs to women aged 25-64 years who are overdue a check.

While “embarrassment” is often cited as the reason many women and people with cervixes avoid attending their screening, there are in fact myriad barriers people might face, such as previous sexual trauma, body dysmorphia, vaginismus or disability. Self-sampling allows people to access a cancer-prevention test within the privacy of their own home.

“Evidence shows that 99% of people can self-sample correctly,” says Athena Lamnisos, CEO of The Eve Appeal, which campaigns and funds research into gynaecological cancers. “If HPV is found, you will be asked to come in to your GP for a cervical screening test so they can collect cells from your cervix to check for abnormalities. To be clear, current NHS cervical screening is a two-stage process: firstly, test for high-risk HPV, and then, if it’s found, test for pre-cancerous cell changes.’

So what actually is HPV? It’s a common virus spread through sexual contact that 80% of people will have at some point in their life. You don’t need penetrative sex to pass it on – anywhere you put a finger, penis or sex toy can get HPV. Often, your body will clear it on its own (like it would the flu, for example) but if it doesn’t, left untreated it could lead to cancers (including neck, anal, penile and throat, although cervical is the most common). If you’re found to have HPV but you don’t have abnormal cells, you’ll be called in for your next screening earlier and have regular checks. By the time of your next appointment, it might have gone away.

The UK runs an HPV vaccination programme for children aged between 11-13. There are well over a hundred different strains of HPV and the current vaccine protects against four key strains. But because the HPV vaccine doesn’t protect against all types of HPV that can cause cervical cancer, it’s important that all women who receive the vaccine also have regular screenings once they reach the age of 25.]

“I hadn’t even heard of HPV until I was diagnosed with a cancer caused by it. I had a lot to learn overnight,” says Karen. “And there’s a lot of stigma and assumptions surrounding HPV. But it’s not just a woman’s problem; it’s everyone’s problem.”

For Karen, her symptoms were bleeding after sex and between periods, though they can also include changes to vaginal discharge, discomfort during sex and unexplained pain in your lower back or between your hip bones.

“The whole cervical screening programme needs to be communicated more clearly. Half of the world has a cervix and yet many people are still not entirely sure what the screening is for, what happens during it and what the various results mean.”

Which takes us back to Matt Hancock. Accuracy aside for the moment, the fact that he called it a “smear test” in the first place is frustrating given Public Health England has been trying to phase out that term since 2019, preferring “cervical screening” due to research suggesting the word “smear” is off-putting (no kidding). Additionally, his tweet also felt like a missed moment to be more direct about HPV.

“The news this week would have been a great opportunity to clear up some of the misinformation and stigma around HPV and raise awareness of cervical screening and why at-home self-sampling might help,” says Athena, from The Eve Appeal. “Mixed messaging and old-fashioned terms just add to the misunderstanding – with something as important as cancer prevention, we have to get this right.”

It all points to a larger concern about the decisions being made about our lives and the people who are making them. Just last November Prime Minister Boris Johnson was criticised for not having enough women in his cabinet. Out of Johnson’s 21 cabinet ministers, just five of them are female, and nearly all government departments are led and dominated by men. “The absence of women’s voices is deafening,” said former Home Secretary Amber Rudd to the Evening Standard at the time.

Can you still get a smear test during the Coronavirus pandemic?

“I don’t care what genitals are between your legs, as long as you can do your job properly,” says Karen. “But I do wonder how the announcements of this trial would have unfolded if a woman or person with a cervix had been holding the reins. Someone who has experienced a screening, who knows what the process involves and understands the nuances of this trial.”

Thanks to the work of medics, activists and campaigners, the particulars of this new trial did finally get cleared up, but wouldn’t it have been nice – let alone a basic expectation – if this authority had come from the top?

Let’s just hope that next time, Matt – like many others – thinks before he tweets. Or at the very least, defers to an expert for clarity. He mustn’t let women down again.