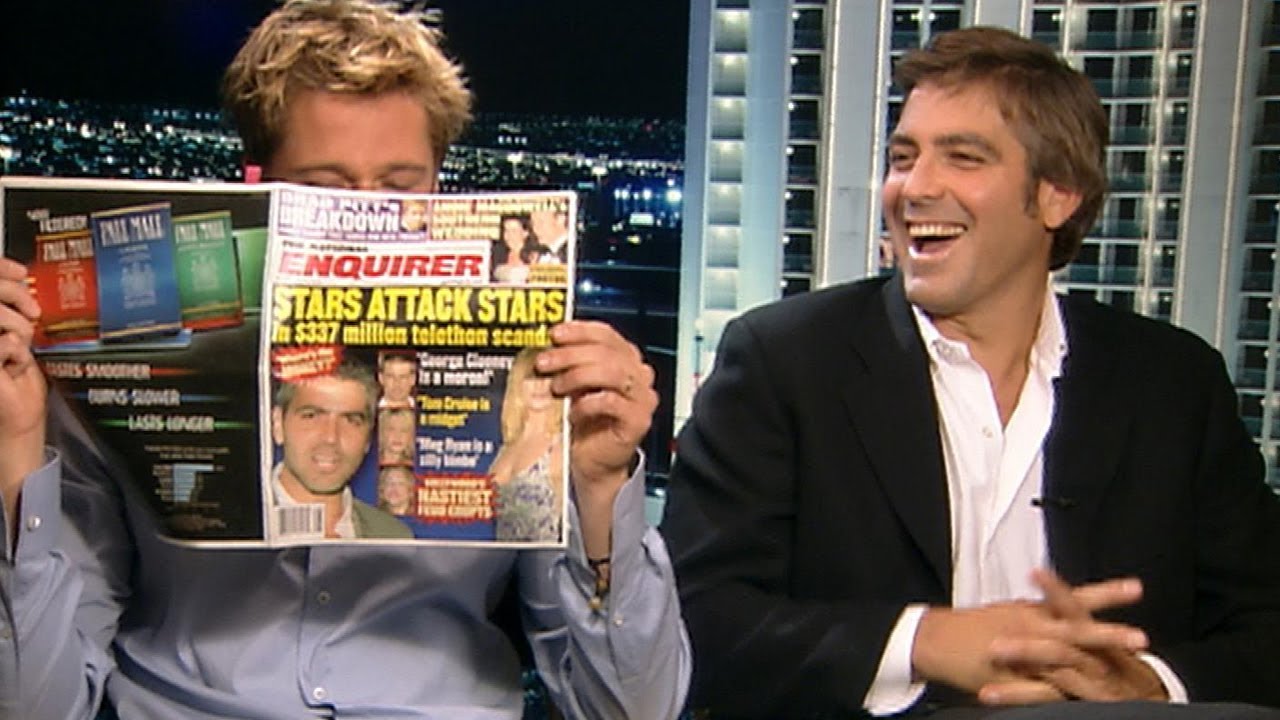 Brad Pitt and George Clooney chatted with ET in 2001 about their on-set hijinks while making ‘Ocean’s Eleven.’ While George is Hollywood’s king of gags, Brad pranked his co-star in the middle of the interview! Brad also reacted to how often his character is seen eating throughout the comic caper. Following Brad’s guest spot on ‘Friends,’ George recalled his own appearance on the sitcom and joked about how he played a doctor amid his ‘ER’ fame. ‘Ocean’s Eleven’ is streaming on HBO Max.