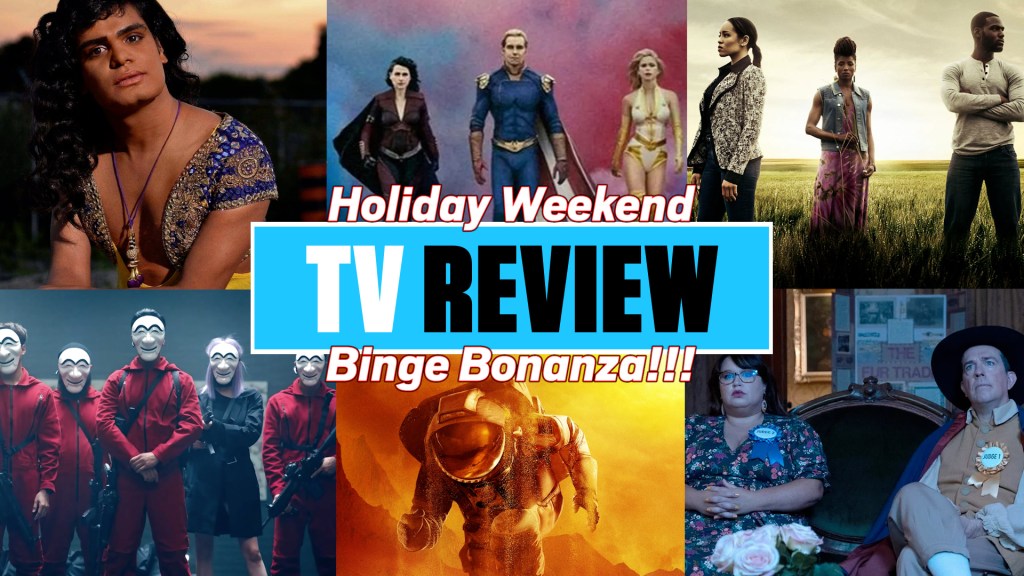 Take the biggest band in the world, an alternative reality space race, narcissistic and sexually depraved superheroes, and a community comedy, plus a gender-fluid millennial from the Great North, and what do you have?

As you can see in the video above, there are four suggested series for July 4th, and an award-winning sitcom from our neighbor above the 49th Parallel in celebration of Canada Day today. There’s also a special surprise entry that is about to go into its seventh and final season.

So, see why Season 1 of Netflix’s Money Heist: Korea – Joint Economic Area, Season 3 of AppleTV+’s For All Mankind, Season 2 of Peacock’s Rutherford Falls and the almost-over third season of Amazon’s The Boys made the Independence Day cut. As well, salute Canadian comedy Sort Of, available on the CBC up there and on HBO Max down here. For those looking for a true deep dive, take a look at Ava DuVernay and Oprah’s Queen Sugar. All six seasons of the acclaimed show are on Hulu as QS’s last season is set to premiere later this year.

Have a great holiday.