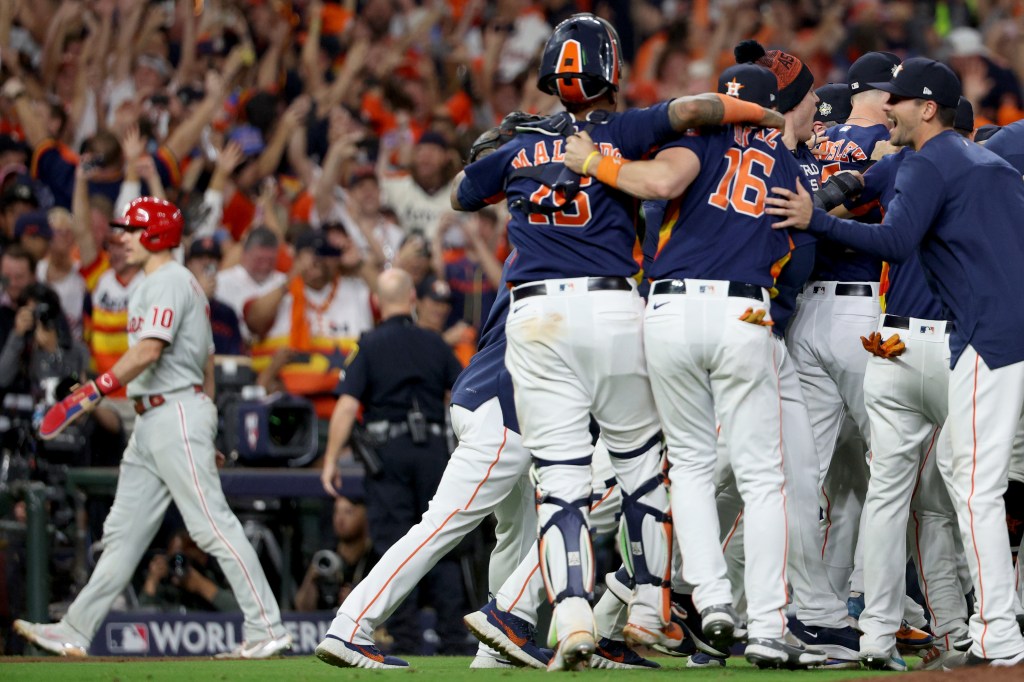 The Houston Astros defeated the Philadelphia Phillies in the 2022 World Series on Fox to an audience of about 12.5 million people, according to live + same-day Nielsen data.

On Saturday, the six-game series came to an end with a 4-1 victory for the Astros, who secured their second championship title in franchise history with the win. Among the 18-49 demographic, the game scored 3.8 million total viewers and a 2.9 rating.

While it’s still an impressive number for Fox, the final game’s viewership was actually down quite significantly compared to last year, when 14.3 million people watched the Atlanta Braves beat the Astros in a 7-0 game. In the demo, Game 6 of the 2021 World Series had a 3.5 rating, securing an audience of about 4.5 million demo viewers.

But despite a dip in viewership for the final game, the 2022 World Series actually remained steady in average viewers year-over-year. The average across all six games for both years was about 11.8 million viewers.

In 2021, viewership fluctuated drastically from game to game. The most-watched of the series was Game 6, and Game 5 drew a nice lead in with 13.6 million total viewers. But Game 2 hit a low of 10.2 million total viewers, and it was one of three games that couldn’t manage to secure over 11 million viewers.

That wasn’t a problem this year. The lowest viewership of the 2022 World Series was also Game 2 with 10.8 million, but it was the only game to drop below 11 million. The most-watched game of 2022 was actually Game 5, with 12.8 million total viewers after the competition began to heat up when the Astros tied things up with a Game 4 win.

Here’s how this year’s World Series games stacked up to last year in total viewers:

Christmas 2022: Things To Do In London
Mariah Carey Closes Out Macy’s Thanksgiving Day Parade With “All I Want For Christmas Is You”
17 Best YSL Black Friday Deals 2022 Across Fragrance, Makeup & Skincare
Trinny London Black Friday 2022: Everything We Know
‘Good Night Oppy’s Ryan White On Turning The Mars Rover Expedition Into A Thrilling Cross Between ‘Wall-E’ And ‘The Martian’