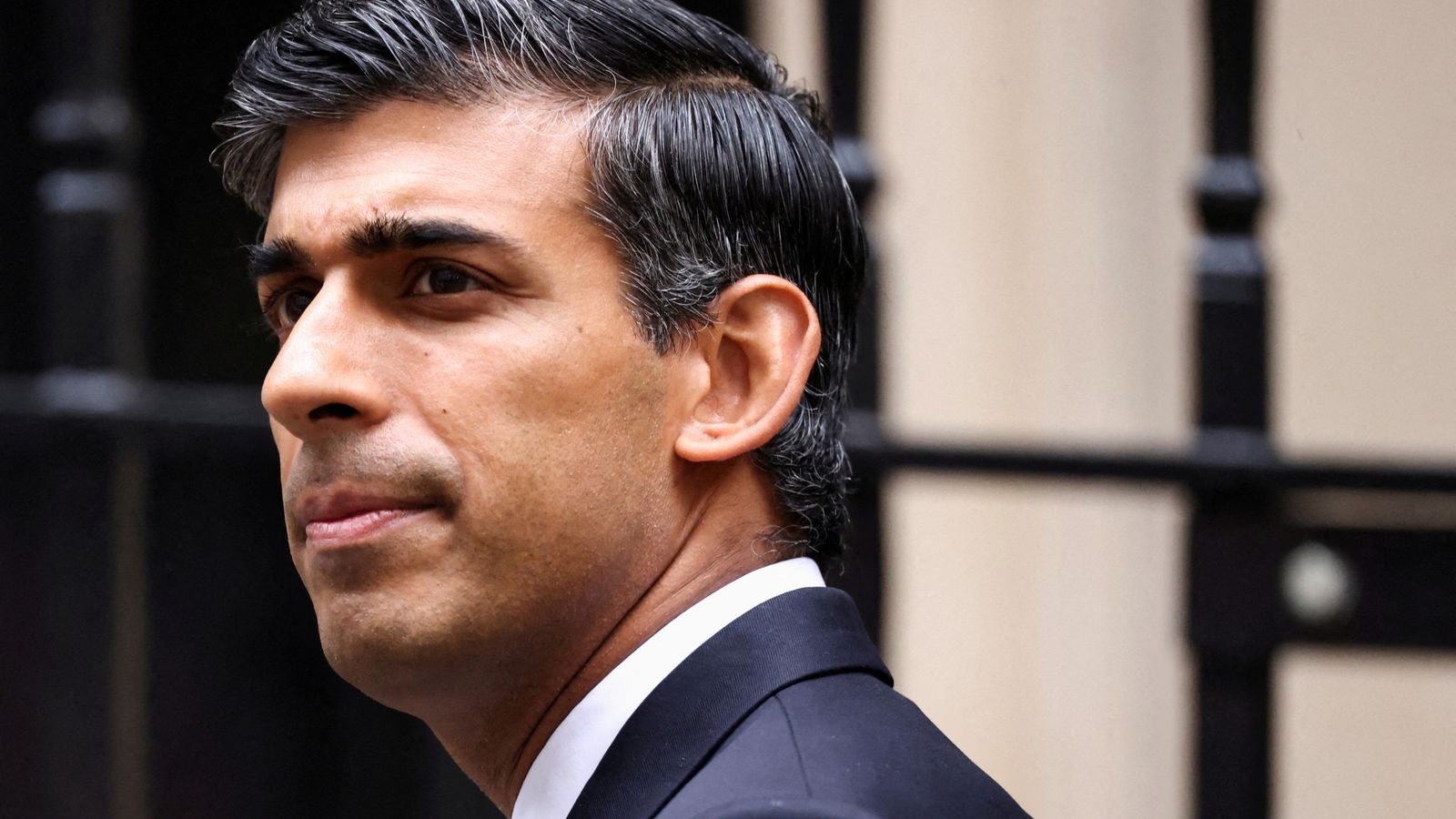 Rishi Sunak has avoided sticking to his predecessor’s pledge to increase defence spending to 3% of GDP ahead of the autumn budget, set to be unveiled on Thursday.

During her campaign for Number 10, Liz Truss said the figure would be reached by the end of the decade.

But asked if he would standby her promise, the new prime minister did not give a straight answer, instead pointing to the previous 2.5% commitment of Boris Johnson and NATO’s 2% target.

“We’re the second largest defence spender in NATO,” said Mr Sunak. “So no one can say that we do not have a very strong position on defence.

“We’ve got, not just a current, but a historic track record of being strong investors in defence and prioritising NATO.

“That’s what I did as chancellor with a significant uplift in defence spending.”

Speaking to Sky News ahead of Thursday’s fiscal event, Chancellor Jeremy Hunt said he would be asking all government departments “to find more efficiencies than they were planning to find”.

The 3% pledge was once a resignation issue for Defence Secretary Ben Wallace, with sources saying he would hold Ms Truss to the figure after years of him pushing for a bigger budget to deal with modern security threats.

But even he appeared to row back from that position last week, telling European defence ministers he was “taking it budget by budget at the moment” amid the need to fill a fiscal black hole in government finances.

Other Tory MPs are more concerned, however, with some saying dropping the pledge would damage the party’s reputation on defence, and it would look weak in the eyes of Russian President Vladimir Putin while he pushed on with his invasion of Ukraine.

Speaking as he travelled to the G20 summit in Bali, Mr Sunak listed financial and military assistance given to the country in recent weeks – including 1,000 missiles – and said: “I don’t think Putin or anyone else can look at that and say in any way that we’re weak.

“We’re being incredibly strong in standing up to him and giving the Ukrainians all the support they need and that will continue with me as PM.”

He also said he would use the summit to make clear his “unequivocal condemnation” of the Russian invasion.

But pushed on whether defence spending would have to rise inline with inflation in the coming years due to the war, the prime minister said: “Our track record is clear. Our international reputation for defence spending and standing up to Russian aggression is very, very strong.

“I’ve heard that from all the leaders I’ve spoken to in fact. Every single person I’ve spoken to has gone out of their way to praise the UK’s role in standing up to Putin.

“We just announced this week more shipments. I think people can feel completely assured that we’re investing in our defences and providing all the support that we need to the Ukrainians as well.”