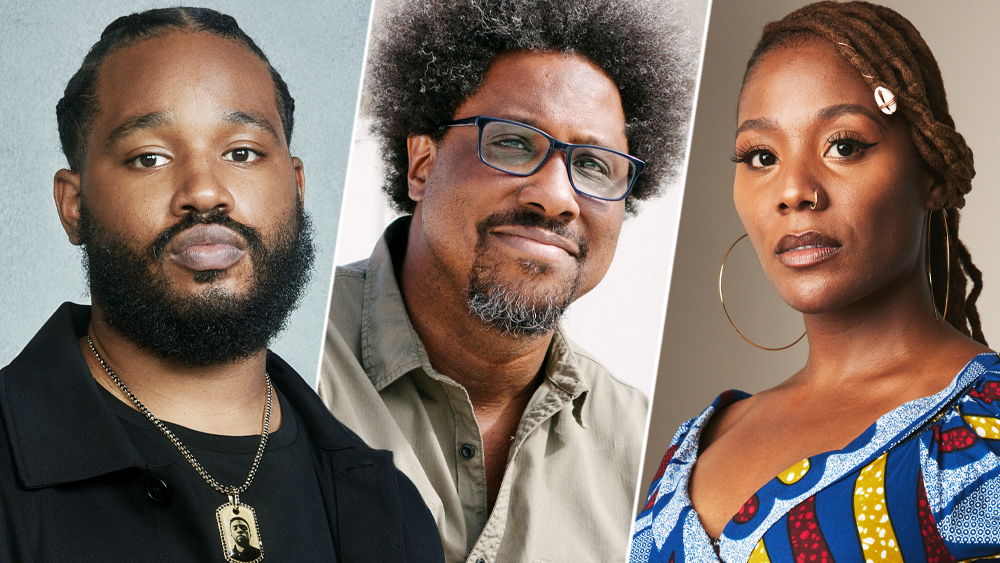 Filmmakers Ryan Coogler (Black Panther: Wakanda Forever), W. Kamau Bell (We Need to Talk About Cosby) and Nikyatu Jusu (Nanny) have been named as the inaugural trio of honorees for Opening Night: A Taste of Sundance — a new annual event for the festival which will kick off in Park City, Utah on January 19.

Sundance’ festival launcher will be an evening honoring inspiring and breakout storytellers whose journeys have been connected to Sundance throughout the years while raising funds and awareness for the Institute. Proceeds will be used to support the Institute’s year-round work uplifting global independent voices, both new and established, through artist programs, granting, and other initiatives.

The first-ever edition of Opening Night will see Coogler claim the Visionary Award, with Bell and Jusu to accept Vanguard Awards for nonfiction and fiction, respectively. The former award is intended to recognize an artist deeply connected to the organization and its programs, who has established an extraordinary career by way of a unique perspective and a commitment to impactful storytelling. The latter honor acknowledges artists whose work highlights the art of storytelling and creative independence.

Additional honorees will be announced in the coming weeks.

“Kicking off the 2023 edition of the Festival with this new celebration is a great opportunity to champion the storytellers we support and contribute to sustaining Sundance Institute grants, mentorships, and other critical resources that enable artists to bring their stories to life. We look forward to gathering together again in Park City to shine a light on the vision, originality, and independent spirit of artists whose careers we have supported,” said Sundance Institute CEO, Joana Vicente. “The opportunity to recognize Ryan with the Visionary Award and his contributions to the industry and Institute for over a decade is a special moment for us. We are equally honored to be able to present both Nikyatu and Kamau with the Vanguard Awards.”

Shared Coogler: “Ten years ago, I was filled with an immense sense of gratitude when I was selected by Michelle Satter and her staff for the Screenwriting Lab of 2012. My experience there provided me with momentum that has propelled me forward through a decade of professional work. It is with an even deeper sense of gratitude that I accept this honor. The Institute has been a constant source of support, resources, and access to so many incredible filmmakers, and I pray that it will continue to thrive for the sake of us who know the depths of its effects personally and for the fledgling storytellers that the Institute is destined to support in the future.”

Added Bell: “One of the happiest days during the production of We Need to Talk About Cosby was when I told the crew that we had been accepted to Sundance. With a project as thorny and nuanced as our series, there were many days when I thought no one outside of us would understand what we were all attempting to do. It is an extreme honor to be invited to accept this award for all the work and care that the crew and I put into our series.”

Said Jusu in closing: “I don’t use the term ‘family’ loosely, but I can unequivocally say that my adopted community at Sundance has become just that. I’ve navigated a serpentine, lonely, often times herculean climb as I pursued my passion for filmmaking over the years, so to be embraced by this filmmaking community of fellow hungry artists, material resources, mentorship, and most importantly access, has ignited the fire I need to endure this industry journey. I hope to give back to other aspiring filmmakers in the ways Sundance has so generously given to me. My gratitude knows no bounds.”

Coogler is a writer, director and producer who developed his acclaimed debut feature Fruitvale Station at Sundance as a 2012 Screenwriters Lab fellow. His film continued to receive additional creative, tactical, and granting support from the Sundance Institute thereafter, going on to premiere the film at the 2013 Festival. Fruitvale Station won both the U.S. Grand Jury Prize for dramatic film and the Audience Award for U.S. dramatic film, two of the the fest’s top honors. Coogler has also served as an Advisor for the 2013 Screenwriters Intensive and an artist trustee. His latest blockbuster, Black Panther: Wakanda Forever, is currently in theaters.

Bell is the comedian, director, and executive producer behind the Showtime docuseries We Need to Talk About Cosby, which premiered at Sundance 2022. He’s also the host and exec producer of CNN’s United Shades of America and the author of the New York Times bestseller, Do the Work: An Antiracist Activity Book, co-written with Kate Schatz.

Jusu is a writer, director, and Assistant Professor in Film & Video whose short film Suicide by Sunlight debuted at the 2019 Sundance Film Festival. She made her screenwriting and directing feature debut with the Anna Diop starrer Nanny, which earlier this year was acquired by Amazon and Blumhouse after becoming the first horror film to win Sundance’s Grand Jury Prize. The film supported through the Sundance Institute’s Screenwriter, Directors, Producer, and Catalyst Labs will open in limited release on November 23 before debuting on Prime Video on December 16.

The 2023 Sundance Film Festival will take place from January 19-29. More information about its Opening Night event can be found here.