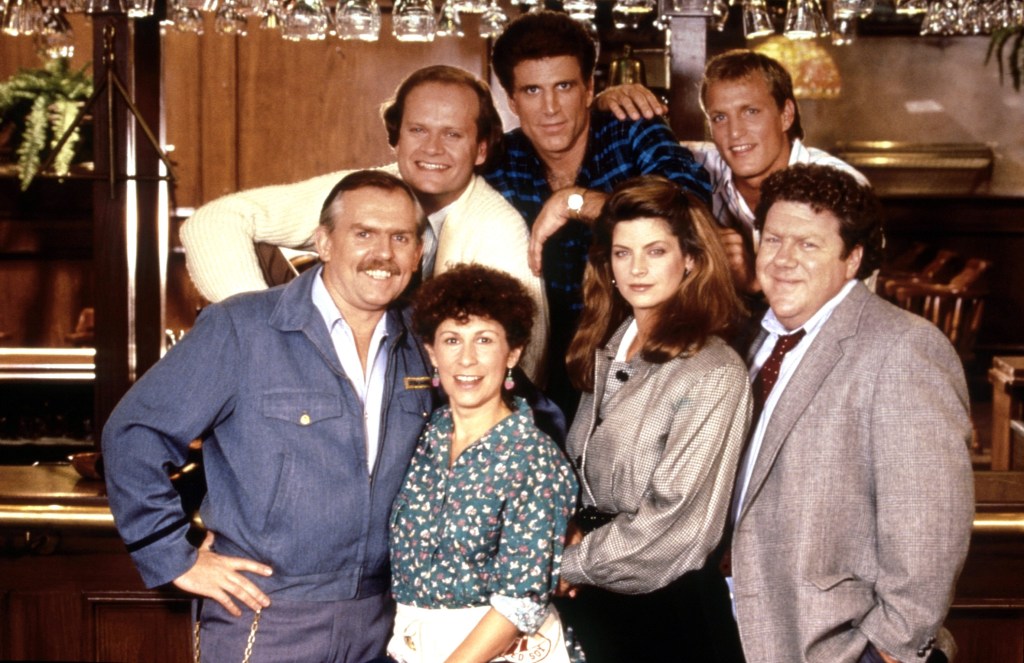 “I was on a plane today and did something I rarely do. I watched an old episode of Cheers,” Danson who played Sam Malone, said in a statement to Deadline. “It was the episode where Tom Berenger proposes to Kirstie, who keeps saying no, even though she desperately wants to say yes. Kirstie was truly brilliant in it. Her ability to play a woman on the verge of a nervous breakdown was both moving and hysterically funny. She made me laugh 30 years ago when she shot that scene, and she made me laugh today just as hard. As I got off the plane, I heard that Kirstie had died. I am so sad and so grateful for all the times she made me laugh. I send my love to her children. As they well know, their mother had a heart of gold. I will miss her.”

Grammer, who played Dr. Frasier Crane, said, “I always believed grief for a public figure is a private matter, but I will say I loved her.”

Alley made her debut as the character Rebecca Howe on the hit NBC series in 1987 for the show’s sixth season following Shelley Long’s exit. Though Alley had previously starred as Saavik in Star Trek II: The Wrath of Khan, it was the role of Rebecca that earned her an Emmy Award and catapulted her to the next level of her career.

She went on to win another Emmy for her starring role in the 1994 telefilm David’s Mother and was nominated in 1998 for her lead turn in NBC’s Veronica Closet. She also had an Emmy nom for a supporting role in the 1997 miniseries The Last Don.

“Kirstie was a unique and wonderful person and friend. Her joy of being was boundless,” said Perlman, who played Carla Tortelli. “We became friends almost instantly when she joined the cast of Cheers. She loved kids and my kids loved her too. We had sleepovers at her house, with treasure hunts that she created. She had massive Halloween and Easter parties and invited the entire crew of the show and their families. She wanted everyone to feel included. She loved her children deeply. I’ve never met anyone remotely like her.  I feel so thankful to have known her.  I’m going to miss her very, very much.”

Long Johnson is still plaguing the Tories – Sunak needs to take decisive action | Adam Boulton
Your Sleep Window Will Help You Get The Best Night’s Rest
Broadway Bound: Leslie Odom, Jr. To Star In Revival Of Ossie Davis‘ ’Purlie Victorious: A Non-Confederate Romp Through the Cotton Patch’ This Summer
S Club 7 singer reveals she was homeless over Christmas
Oscars: Controversy Over ‘To Leslie’ Campaign Heats Up But Is It All Much Ado About Nothing?