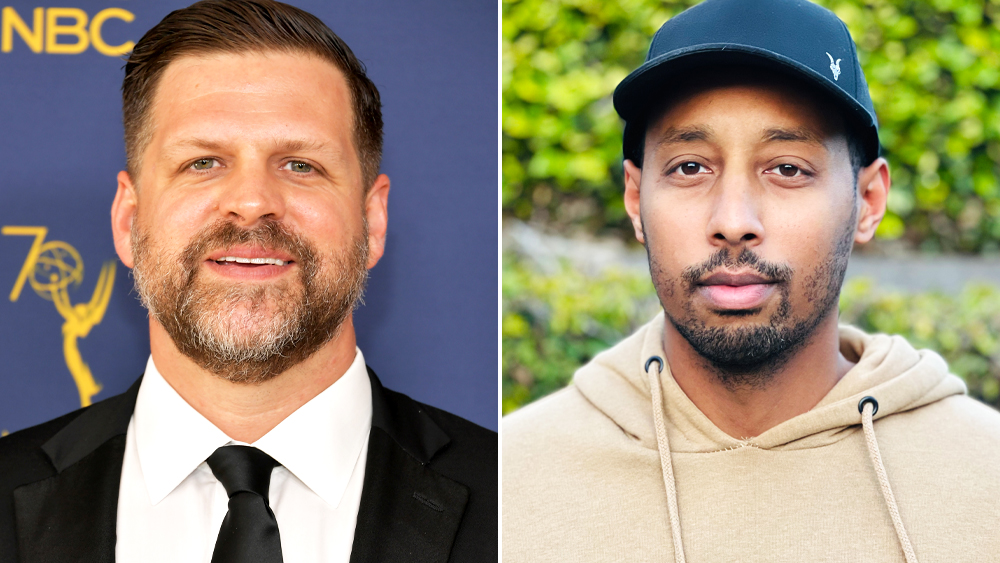 The script from Fox Entertainment Studios follows a progressive, podcast-loving millennial who tries to modernize his father’s old school funk recording studio in an effort to save the family business and bond with his outdated, opinionated music producer dad. The only problem with this hopeful, optimistic vision is that Dad thinks it sounds like touchy-feely garbage.

Laybourne was most recently the executive producer of Zoey’s Extraordinary Playlist for NBC as well as Zoey’s Extraordinary Christmas for Roku.  Last season he shot and executive produced his pilot Hug Machine at CBS with Party Over Here producing and Akiva Schaffer directing. He is currently developing the pilot Country Eastern with Vir Das for Fox with Party Over Here producing.

Laybourne is represented by Kaplan/Perrone and Myman Greenspan.

Belilgne is currently a co-executive producer on Season 2 of Killing It for Peacock/UTV. He also served as a supervising producer on Season 1 of Hulu’s Reboot. Other previous television credits include ABC’s Single Parents, Apple’s Central Park, and ABC’s The Mayor. He also sold a half hour comedy to Fox in 2019 called Kidless.

Belilgne is represented by UTA and Ziffren Brittenham LLP.