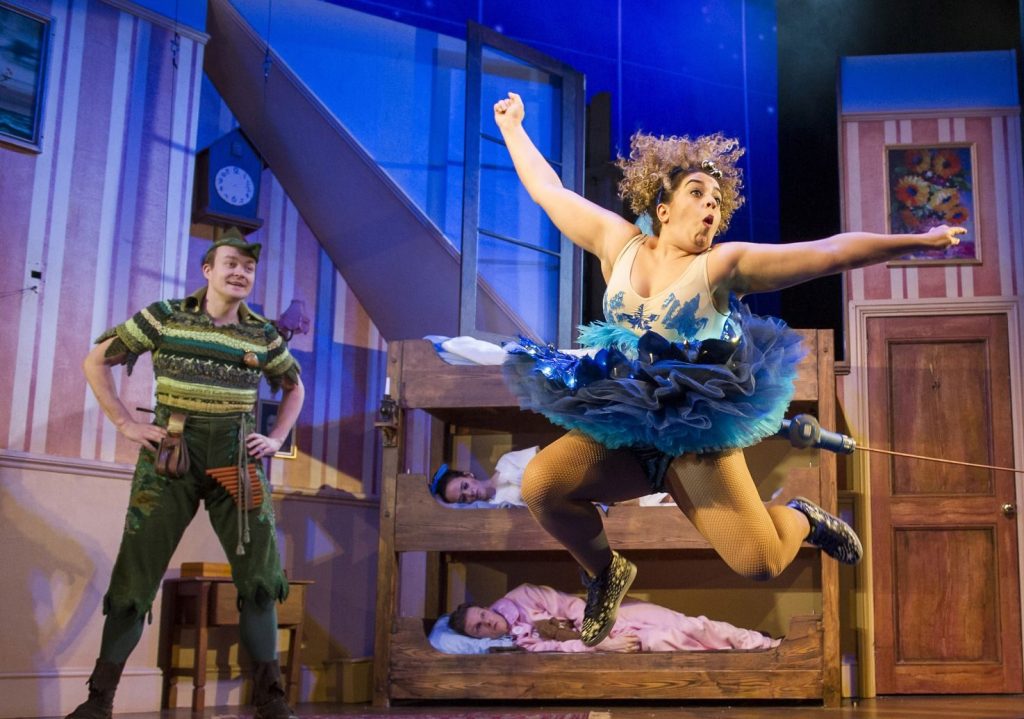 Peter Pan Goes Wrong, the Olivier Award-nominated comedy from the creators of the Tony-winning The Play That Goes Wrong, will make its Broadway premiere this spring.

Co-written by company members of the UK comedy and stage troupe Mischief, Peter Pan Goes Wrong debuted at the Pleasance Theatre in London in December 2013, and, following a 2014 UK tour, transferred to the West End’s Apollo Theatre for a Christmas season run in 2015. The popular show then returned to the West End the following year for another Christmas season. The play was also adapted into a one-hour BBC One television special broadcast on December 31, 2016.

Co-written by Mischief company members (and performers) Lewis, Sayer and Shields, Peter Pan Goes Wrong is described by the production as “a highly physical comedy packed with finely-tuned and inspired slapstick, delivered with split-second timing and ambitious daring. The play sees the ‘Cornley Drama Society’ back on stage battling technical hitches, flying mishaps and cast disputes as they attempt to present J.M Barrie’s much-loved tale. But will they ever make it to Neverland?”

The comedy made its North American premiere in 2022 at the Citadel Theatre in Edmonton, Canada.

Mischief’s The Play That Goes Wrong opened on Broadway in March 2017 at the Lyceum Theatre and ran longer than any other play that debuted in the 2017/2018 season. After 737 performances the production moved to Off Broadway’s New World Stages where it continues to play. A successful North American tour was also produced.

Sunak urged to ‘come clean’ over what he knew about Zahawi tax scandal
‘Top Gun: Maverick’ Wins Best Picture At AARP Movies For Grownups Awards
Pamela Anderson Names One Person She Says Treated Her With “Complete And Utter Respect”
Watch Lil Baby Perform “California Breeze” and “Forever” on SNL
UK economy set to fare worse than any other country in developed world – including Russia