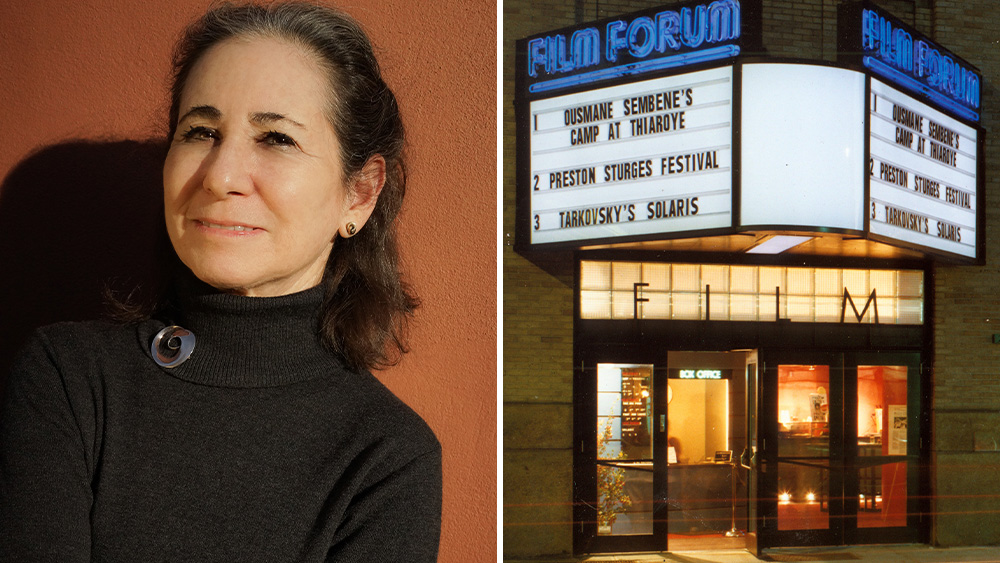 Karen Cooper, longtime director of New York City’s indie cinema gem Film Forum, says she’s stepping down at a good time, not just for her, but for the business. Despite all the naysayers and after slogging through Covid with the help of federal grants and weathering a slow recovery, Cooper said business is currently pretty lively at the lower Manhattan nonprofit cinema she’s run for the past 50 years.

The Film Forum launched in 1970 on the Upper West Side with a $19,000 annual budget to show American independent films not playing in commercial cinemas. Cooper led it through three expansions, building it into a $6 million business with a range of programming and premieres from around the world. It’s been at its current location on West Houston Street since 1989. She counts New York openings of hundreds of indie narrative films, documentaries and animated features over the decades – many by debut directors – as her greatest accomplishment. Filmmakers she’s supported range from New German Cinema to Terence Davies, Mira Nair and Agnès Varda to Wong Kar-wai and Chloé Zhao.

Cooper will continue to advise on fundraising and programming. She’ll be at the Berlin International Film Festival in February. Meanwhile, she fielded a few questions from Deadline about the organization that been her life’s work — she started right out of college — and the state of independent film market.

DEADLINE: There’s so much doom and gloom around the future of arthouse film. So, how’s business?

COOOPER: Financially we are pretty solid. The losses during Covid were tremendous but we did get federal support and support from individuals and foundations that were helpful to us.

I know this sounds a bit naive perhaps – although how can you be naive after half of a century? – but I am [thrilled] about what we have on screen. EO, which is doing fantastic. By a Polish filmmaker [Jerzy Skolomowski] from the point of view of a donkey. A documentary about Robert Caro and Robert Gottlieb [Turn Every Page]. We are playing three short films from the late 60s/early 70s that document James Baldwin in Paris [Meeting The Man: James Baldwin In Paris], London [Baldwin’s N****r] and Istanbul [James Baldwin: From Another Place]. I put it together and titled it James Baldwin Abroad. These are all not easy films, and they are drawing audiences at a time when Covid is still on people’s minds. Also, No Bears, by Iranian filmmaker Jafar Panahi, who is current imprisoned. And Bruce Goldstein [Repertory Artistic Director] has given us a new release of Bernardo Bertolucci’s The Conformist. And that’s a brilliant film. Every one of these films is doing remarkable business.

That said, I couldn’t have given you that answer a month ago.

COOPER: It’s volatile. December is always tough, with Christmas and the holiday season, it’s hard to get people out of the house. And streaming has really planted them on their couches. Covid took a tremendous toll. Those are big, big financial realities. People got very used to staying home and streaming. But it’s picked up. And we are seeing a mix of old and young people among audiences, especially for repertory. In fact, we are seeing a lot of young people coming to see the documentaries about James Baldwin. He is an iconic figure. In terms of being racially aware, I don’t think you can’t not know his name.

DEADLINE: Would you say the New York City arthouse market is unique? Especially with LA having lost a few key theaters.

COOPER: LA, I have always heard, funny to say, that it’s a tough town for moviegoing. Maybe because you have to drive everywhere. New York has a big, diverse cosmopolitan audience. Films that don’t do so well elsewhere can find their way to an audience in New York. We have great audiences.

DEADLINE: After five decades, why the decision to step down now?

COOPER: In truth, I am a great planner. You have to be a great planner to work with indie films. A lot of what we do is about planning, more so than commercial theaters that grab something as soon as it comes down the pike. So I’ve actually been thinking about this for about 20 years. Since the early 2000s, when [Sonya Chung] was working at Film Forum as director of development. [Chung left after five years to write and teach.]

Then she came back in 2018, to attend film festivals abroad and making recommendations. [She was named Deputy Director in 2020.]

It’s been many years in the making. I wanted to bring someone in who is incredibly competent, and who knows the culture of Film Forum.

Church’s progress on same-sex marriage will be ‘glacial’, archbishop tells Sandi Toksvig
Bright lights and snazzy mannequins: Walmart rolls out sleek new store designs
‘I fell deeply in love with this project’: Eva Green gives evidence in lawsuit over collapsed film
Carmakers face a crossroads as they work to fit auto dealers into their EV plans
Moon Yoga: How the lunar cycle impacts your wellbeing