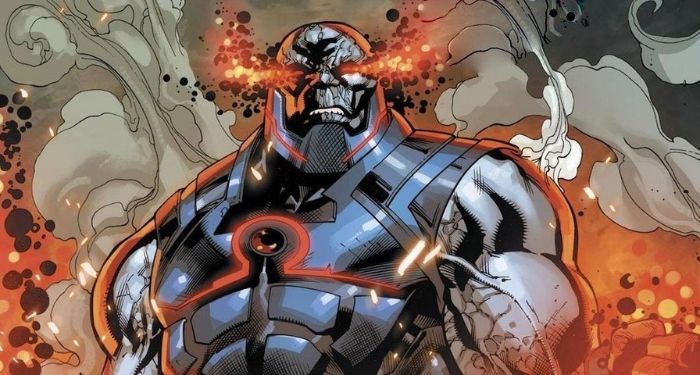 Jack “King” Kirby is a legend in the comic book world. For the uninitiated, he was the biggest artist working when Stan “The Man” Lee was writing practically everything that came out of Marvel Comics. He was part of the creative team behind the X-Men, Captain America, The Avengers, Thor, and so many other amazing characters that are part of the pop culture zeitgeist now. His signature pirate boots and the “Kirby Crackle” are deeply woven into comic book history.

Kirby’s accomplishments weren’t limited to just Marvel Comics, though. After years of turmoil at the House of Ideas, Jack Kirby jumped ship to DC Comics. There, he replicated several of his favorite characters to continue the stories he’d been working on.

Kirby created Ka-Zar for Marvel in 1965 as the human lord of the Savage Land, a land of intense jungles populated by prehistoric creatures. The setting was frequently used as a backdrop for X-Men stories, and Ka-Zar was often allied, though sometimes working against, Marvel’s mutants. Ka-Zar and the Savage Lands were a strange and yet effective blend of two pastiches of Edgar Rice Burroughs creations: Tarzan in The Land That Time Forgot. 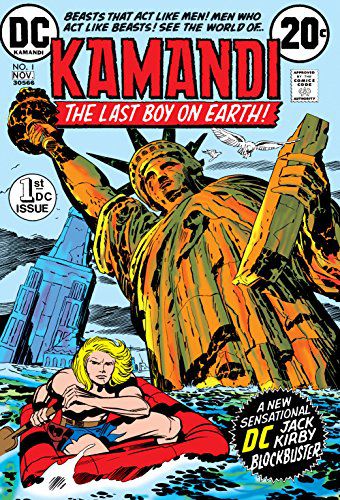 In 1972, Kirby created Kamandi: The Last Boy on Earth for DC Comics. Same long, blonde hair on a shirtless white dude. Name starts with the same letter. Rather than setting Kamandi in another setting prehistoric creatures, though, Kamandi is set in a post-apocalyptic future. Don’t worry, there’s still a pastiche. Kirby’s creation was in part a failure on DC’s part to acquire the rights to Planet of the Apes. As if the Statue of Liberty on the cover of the first issue wasn’t a dead giveaway.

The characters are a little different, sure, but only enough to not get DC in trouble for copyright infringement. The characterizations are nearly identical, and the set pieces can easily be swapped out. Kirby was able to continue his work from Ka-Zar with Kamandi.

Jack Kirby’s biggest creation both in terms of scale and influence is The Fourth World. The Fourth World is the collected forces of the New Gods and Apokolips. While few of these characters have appeared outside of comics, names like Darkseid and Steppenwolf have leapt to the silver screen. There are so many more characters that are still in publication today: Highfather, Orion, Big Barda, Granny Goodness, and so many more.

These characters may seem wholly original from anything in Marvel Comics, but Kirby actually created them to continue the stories he’d been working on with Marvel’s Norse characters. Odin is seen in Highfather. Sif is seen in Big Barda. The Warriors Three become The Female Furies. Contrary to popular belief, however, Darkseid is not a pastiche of Thanos. Kirby created Darkseid in 1970. Jim Starlin created Thanos in 1973 inspired partly by Darkseid.

“I had all these different gods and things I wanted to do, which became Thanos and the Titans. Roy (Thomas) took one look at the guy in the Metron-like chair and said: “Beef him up! If you’re going to steal one of the New Gods, at least rip off Darkseid, the really good one!””

Kirby expanded on his Marvel Norse work in a large way with Fourth World. He established powerful characters with biblical confrontations. What began as a continuation of Marvel’s Norse mythology grew far beyond that. The Fourth World established a new mythology for DC Comics and brought a host of great characters, good and evil, into the limelight. Jack Kirby’s was only at DC Comics for four years, but his work is still foundational.

Forever People and The Eternals

Jack Kirby found his way back to Marvel Comics briefly starting in 1976. Once there, he created The Eternals. Say what you want about the recent MCU movie, the characters are fascinating and played a huge role in the recent crossover event, AXE: Judgment Day. What I find fascinating about this group is their similarities to another group that Kirby created as part of The Fourth World: The Forever People.

Forever People? Eternals? You can see the similarity already, right. Yes, the Forever People are technically New Gods, and the Eternals are alien constructs. Their powers, abilities, and character designs bear little resemblance to each other. But there are numerous similarities in their characterizations and team dynamics. Both teams were perpetually conflicted between trying to connect to mortals and maintaining emotional distance at the same time.

The Beatles were only together for ten years and they changed music forever. Jack Kirby was only with DC Comics for four years, and he created an entire mythology. Am I saying that Jack Kirby is better than The Beatles? I’m just saying four years is fewer than ten. You decide what that means.