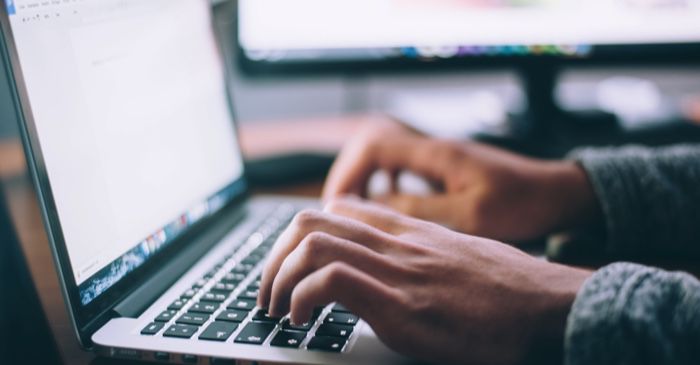 In November last year, the major pirate ebook site Z-Library was seized by the FBI. The website, which hosted free ebooks it didn’t own and even charged them for it, was popular among students, even widely gaining traction on TikTok. On Twitter, many users also bemoaned its death, while many authors celebrated this illegal distribution site being shut down. “This website has been seized,” the defaced site now says. Shortly thereafter, the two people allegedly behind the site’s operation were arrested.

Most of the ebooks hosted on Z-Library were fiction and nonfiction bestsellers. The site also offered these ebooks in different formats, but ePub was a popular choice.

But days after Z-Library’s disappearance from the wider internet, it came back on an encrypted browser and network that one uses when they aim to be anonymous. It’s where the dark web lies as well.

As Z-Library apparently can’t stay off the grid, it’s a wonder how large scale and rampant ebook piracy is. As with other media industries, ebook piracy has long been a problem of publishing. It’s become commonplace for books that have digital versions to have pirated counterparts floating around the internet. It poses the questions: How easy it is to pirate ebooks these days? How do book thieves do it?

How It’s So Easy to Pirate Ebooks These Days

Since I’m an ebook developer or formatter, one who makes ebooks for a living, I’ll let you in on the process a little bit to demonstrate how easy it is to accomplish this kind of thievery.

Once a publisher creates an ebook and puts it up on the internet for sale, it opens up a lots of risks, including piracy. For that reason and more, some authors do ebook holdouts or a release delay. Catcher in the Rye author JD Salinger, who was known to hate the internet, is one example. His son, Matt Salinger, said that he once talked to the older Salinger about Facebook and that the author “was ‘horrified’ by the notion of digital oversharing.” But eventually, the ebook version of the modern classic was released in 2019. Another is Harper Lee, who, for a long time, withheld release of To Kill a Mockingbird until 2014. Ray Bradbury was also among the list of authors who was initially averse to ebooks. In 2011, however, he finally relented. These authors may not exactly be thinking about the risks of ebook piracy, but if they knew, they would likely have been horrified.

Meanwhile, if a book doesn’t have an ebook version, a developer like me could whip up one. Let’s say that I have nefarious intentions to profit off of others’ works. It’s easy to make digital copies out of a paperback, more so if I have PDF copies lying around. Either I could scan the entirety of the book or do it the slightly complicated way: create an unofficial, reflowable ePub. In my investigation, I discovered a lot of unofficial ePub versions of books — either they were created manually by a skilled programmer or they were Advanced Reader Copies sent to reviewers that were illegally distributed. I compared them to the official ebook versions being sold on Amazon, and the difference is quite staggering. Either way, this indicates how much demand there is to pirate ebooks.

These pirated ebooks then find their way to several obscure places on the internet such as forums, Google Drive spaces, pirated sites that pose as online libraries, and even secret Facebook groups.

When ebook thieves download ebooks off Amazon or other stores, they remove, or in technological parlance, “crack” the Digital Rights Management (DRM) protection. This security control is applied to ebooks by vendors before they’re sold to prevent unauthorized file sharing. From there, ebook thieves host them to several file storage sites and bombard the download pages with advertising.

Another strategy is scanning books. While this method doesn’t make for the ideal reading experience, it’s as decent as the actual copy. During my time as a publisher, a concerned customer tipped me off an incident where this scheme was used to distribute one of our books. And if someone is a little bit extra, they can extract the pages of the book and make an ePub or PDF. I won’t go into the specifics for fear of opening a can of worms, but there are a variety of creative ways to do all of these.

The aforementioned shady dealings are just tip of the iceberg, however. Most U.S. publishers aren’t probably aware that their ebooks are being profited from in other countries. In several Asian countries, many unauthorized vendors sell ebooks on shopping platforms Lazada and Shopee, which are similar to Amazon. In my investigation, I discovered that sellers create listings on these platforms, host the pirated ebooks in online file storage services such as Google Drive, and once the user pays through the shopping platform, the vendor gives them access to the ebooks, which can be a single file or an entire folder full of ePubs. I am astounded by how easy it is for sellers to profit off publishers’ and authors’ works. Even worse, these shopping platforms ignore these illegal copies being sold.

When sought for a comment, Shopee, Lazada, and Google didn’t give one.

Sometimes, ebook piracy is not easily noticed. Another internet space where pirated ebooks propagate is a forum — let’s call it Liquidism — where anonymous uploaders cash in on the advertising on the download pages. Another popular method is a Russian social media website I’ll call KW. I’m stunned by how widespread it is in there; users can even request ebooks they want to read.

Joining the Ebook Piracy Avenue is a slideshow site wherein pirates put links and instructions how to download pirated ebooks to slideshow docs. Although LinkedIn, the then-parent company of the site, had said that it was taking action against piracy on the site, pirated ebooks still abound, albeit they’re very clandestine now.

The most recent addition to this ebook piracy drama is Internet Archive, which has been hosting digital copies of books for years. In 2020, some publishers filed a lawsuit against the nonprofit organization for alleged copyright infringement. Internet Archive, it seemed, scanned copies of books donated to them, put them up on their website, and lent them to users for up to 14 days. They want to function as a library, but real libraries pay publishers licensing fees and they don’t. A trial is likely to commence next year.

How Much Ebook Piracy Costs the Publishing Industry

A consumer survey conducted by Nielsen in 2017 suggested that U.S. publishers loses up to $315 million each year. It was also reported that majority of people who illegally download ebooks are regular consumers, students, and workers who get their ebooks from a variety of digital sources. That amount is significantly smaller than what it was in 2010, when U.S. publishers claimed to have lost a staggering $2.8 billion. Other studies have questioned publishers’ estimates, which assume every pirated book is a lost sale, and have even suggested that there is “no robust statistical evidence of displacement of sales by online piracy” at all, outside of blockbuster movie releases.

But money is immaterial, and the real cost of ebook piracy is actually larger. When an ebook is stolen and when pirates sell their loot, authors bear the brunt of keeping them in check.

“When my book came out a few years back, I set up a Google alert for the title (Faithful and Devoted: Confessions of a Music Addict) and my name. This helped me track when the book was posted on pirate sites. In a few cases, I sent a cease and desist letter and it worked. However, some sites took months to comply,” says writer and editor Jenna Rose Robbins.

The loot allegedly went its way to Amazon as Robins also says that recently, she and a business colleague have noticed some “disturbing” issues on the ecommerce site. “Our client’s work showed up under a different listing — same title but different book cover and author. After doing some research, we found this was a pretty common occurrence, and it took us quite some time to get Amazon to take down the imposter. We haven’t seen that issue arise in more than a year now.”

Ebook piracy, however, doesn’t only happen in the chaotic world of Amazon. It takes many forms and happens in some corners of the academe as well. “I am a 7th grade language arts teacher and classroom resource creator. Unfortunately, it is quite common for teacher-created resources to be posted on free download sites and message boards. I setup a quarterly calendar reminder to check search results for pirated copies of my resources. Almost all of my resources are sold and distributed as PDF files,” says teacher Erin Beers.

Beers had luck by sending removal requests such as a DMCA takedown notice. “Most website owners recognize this as a legitimate legal request. Following this process in regular intervals is the most efficient (and cheapest) way to keep your copyrighted materials off the internet.”

For Sheri Cobb South, author of the John Pickett Mysteries series, going after the pirates is not worth her time. Instead, she’s choosing to focus on her writing rather than pursuing a legal battle. “I occasionally stumble across websites offering one or more of my ebooks for ‘free download,’ and I suspect I could find more if I actively searched for them,” she says.

South thinks that there are other dangers attached to this wild goose chase to boot. “I wonder how many of these sites are actually phishing enterprises, rather than true piracy; I can’t imagine how else they might profit from offering my ebooks for free, and I wonder if they even have the text of my ebooks at all, or they’re just using the title and cover art to entice people into downloading malware.”

Since the advent of the digital age, piracy has been a difficult problem to solve. It doesn’t help that technology moves slow in publishing, even excruciatingly slower in its several areas. Ebooks have been the only novelty, and the format came out decades ago. Interactive ebooks, its would-be successor, didn’t even catch on. With this slow pace in digital advancements, can this industry expect to mitigate a significantly huge conundrum that is ebook piracy?

Even if it can, it’s an issue that continues to pop up even when taken action against. “You can send a cease and desist if it is on certain websites who are willing to abide by requests like that over fear of being sued,” Padraic Maroney, publishing professional and author of It All Began with a Scream, says. “But it’s like a hydra, where if you cut off the head, three more sites will pop up with the book available on it.” South agrees: “It’s a bit like playing whack-a-mole: If you get one taken down, it’s just going to crop up somewhere else.”

Carmakers face a crossroads as they work to fit auto dealers into their EV plans
‘Path Of The Pather,’ From Director Eric Bendick, EP Leonardo DiCaprio, Coming To Florida Theaters Before National Geographic And Disney+ Debut
Marilyn Manson Sued for 1990s Sexual Battery of a Minor
Advice for Discarded Kids
‘No excuse for dodging scrutiny’: Labour demands report on levelling up progress